EEG 2023 & Easter Package – What Changes for PV and Storage?

Presentation of the numerous legislative changes made in the latest legislative package and outlook on further government plans.

Together with the recent boom in power generation via renewable sources of energy, there is now a far greater demand for the use of storage technologies in large-scale power plant projects.

The Growth and Growth of the Global Energy Storage Market – Trends, Innovations & Developments 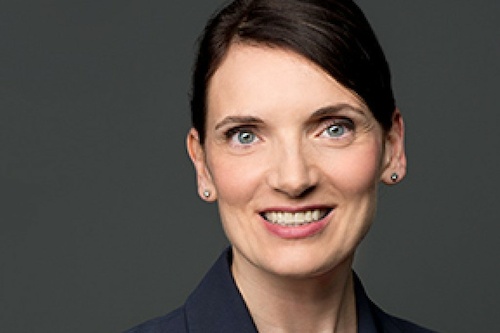 Hydrogen is our main source of hope for decarbonizing our energy system. With the German National Hydrogen Strategy, the federal government has given the go-ahead to begin establishing a hydrogen economy. But how far have we come in actually using green hydrogen? Can Germany even adequately supply itself with it? And in what areas can we use it today? Jeanette Uhlig, Team Leader for carbon neutral energy carriers at the German Energy Agency dena, answers these pressing questions.

Ms. Uhlig, hydrogen technology is considered to be the key to fully transitioning from fossil to renewable energy carriers. Do you think this is possible?

Yes, you could definitely say that. Hydrogen is the key to making our energy system climate-neutral, as it provides us with another possible mode of action in the fight against climate change. Through the use of wind and solar energy, the electricity sector has come a long way on the path to climate neutrality in the past 20 years. However, the immense potential offered by liquid and gaseous energy carriers has gone largely untapped. And we need these energy carriers because even in the future, there will be applications and sectors where a transition to electric operation would simply be impossible, or at least very difficult. According to our dena pilot study, even an attempt to replace our current energy supply with electricity from renewable sources could only be up to 60% successful, despite the increased electrification of final energy applications. The energy transition does not only need the green electron; it also needs the green molecule – green hydrogen.

How much green hydrogen is already available today?

In Germany, we currently have electrolyzers with a combined installed power of around 25 megawatts. If we were to base our efforts on the National Hydrogen Strategy, which aims for ten gigawatts by 2040, then we would have to expand electrolyzer performance by a factor of 400. Let’s compare this with the expansion of photovoltaics, where we started with approximately 110 megawatts in the year 2000 and it took us 20 years to increase it by a factor of just 40.
In Germany, the generation of green hydrogen is limited by the amount of green electricity available. Thus, it can be said that hydrogen must be discussed on a larger scale – at the European level. If one thing is certain, it is that hydrogen will be added to our list of imports in the future. dena supports the establishment of an international hydrogen and power fuels market. This would enable the delivery of green hydrogen and secondary products such as methanol and ammonia, which can be transported more easily, from North Africa or the Middle East to Germany.

All of that is conducive to an environmentally friendly energy supply, including clean transportation and sustainable industry. How can hydrogen contribute to that?

Green hydrogen can make a great contribution in particular in areas where hydrogen is already used today, for instance in the chemical industry and in fuel refineries. If we replace this grey hydrogen with green hydrogen, then we can immediately reduce greenhouse gas emissions.
In the mobility sector, we can use hydrogen to decarbonize applications which are difficult to run via direct electricity feed. These include heavy road traffic, aviation and, to some extent, rail transportation on routes that are not electrified and where electrification would be more effort than it is worth.

In view of these vast opportunities, it is astonishing that the German government only introduced its National Hydrogen Strategy in the spring of 2020. How is politics preparing? What is the status quo?

The National Hydrogen Strategy clearly shows where the path should lead us – that is, how hydrogen can help us achieve our climate targets. This represents a true switch from purely energy-based policy to energy and climate policy – which, considering the fact that we haven’t even started implementing it yet, will bring great momentum. After all, the strategy is just a starting point, but all the plans and measures still need to be put into action. Decisions must be made on how to spend the billions of euros set aside for hydrogen technology. What will the funding be used for? Who will receive subsidies? How will the market ramp-up look in practice?

Some players are calling for hydrogen from non-renewable sources to be used in order to build up the hydrogen infrastructure. What do you think about that?

That is a very interesting question. In order to prepare hydrogen technology for a market ramp-up, to achieve economies of scale and not least to supply hydrogen consumers, it could be sensible to invest in blue or turquoise hydrogen – variants of hydrogen which are not fully climate-neutral. Nonetheless, it is important to note that their carbon footprints are indeed smaller than that of grey hydrogen. However, we still need to properly determine the environmental impact of, for instance, blue hydrogen, which is generated by separating the CO2 from natural gas. This CO2 then needs to transported and stored. Of course, social and societal factors such as acceptance must also be taken into consideration. No “color” of hydrogen should be excluded from the outset. Yet it is important to give the right political signals so that only climate-neutral hydrogen remains in the system in the long term.

The detailed interview with Jeanette Uhlig is also available in German language in our The smarter E Podcast.

Listen to the interview

Power Converters Provide a Sunny Outlook for the Grid

To date, synchronous machines in large-scale power plants are the main technology used to ensure that the power grid’s requirements in terms of frequency and voltage are met. But there is another way.

In the small town of Öhringen, east of Heilbronn in Southwestern Germany, distribution network operator Netze BW is testing the future of gas supply by mixing an increasing amount of hydrogen into a small part of the natural gas network.

Here you will find the exhibition dates of the next years.

Large-scale fossil-fueled power stations and nuclear power plants have been stabilizing the power grid until now but the energy transition is going to change that. The last nuclear reactors in Germany are due to be shut down by the end of 2022. And the plan is to phase out coal altogether by 2030. Before the war in Ukraine, gas-fired power plants were pegged as a transition technology. But now there is no choice but to rethink that strategy.