Pioneering solutions to ensure the energy future have become more important than ever. Whether it is renewable power and heat generation technologies, innovative storage systems, smart grids, charging infrastructure or e-mobility: Promising solutions for renewable, decentralized, digital and reliable power supply and the coupling of the electricity, heat and transport sectors are conquering the market.

Together with Messe München, we are working on a health and safety concept, which enables all participants a secure exhibition and conference participation.

The EnerOne battery storage system, the STABL SI 100 modular multi-level converter and the Voltfang Industrial commercial storage system made from second-life car batteries are all examples of innovative products within the storage industry.

This study provides a techno-economic assessment of green steel manufacturing.

100% renewable microgrids can be more resilient and economic than diesel shows a case study of Enapter. The manufacturer of modular hydrogen generators based on anion exchange membrane (AEM) technology has been researching the feasibility of using hydrogen within microgrids in a bid to replace fossil fuels with carbon free alternatives. 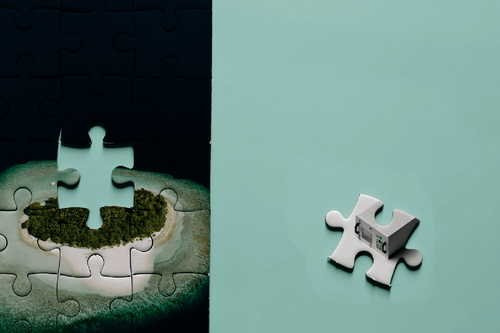 ©Enapter
Using hydrogen for energy storage in microgrids is cheaper than diesel when excess renewable energy can be used. A pilot study on a small off-grid island in Thailand could act as a blueprint for similar projects in other countries.

For the case study Enapter, an exhibitor at the The smarter E in Munich, chose Koh Jik, a small off-grid island in Thailand. Since 2004 it has been powered by a solar/diesel/battery microgrid supplying electricity to the 100 households. At the current price points, hydrogen is more economic and beats diesel in this pilot study. At present, 40kW of photovoltaic panels, in combination with a lead acid battery system, cover 50% of the island’s energy demand. The rest is being supplied by a diesel generator. After 15 years, the system is ready for an upgrade. The original plan was to upgrade to solar and add new batteries. This would increase the renewable share to 85%. However, 15% of power would still need to be covered by a diesel generator. In this setup Koh Jik would have enough solar available to cover its energy demand, but 30% of solar generation throughout the year needs to be curtailed as the batteries can’t suffice the long-term storage need.

Putting the eco in economics

Instead of wasting the excess solar, a modular electrolyser turns it into hydrogen. The stored hydrogen can then be used to generate electricity on days when there is not enough energy in the batteries. To achieve a renewable microgrid without hydrogen requires significantly oversized batteries and PV panels. This would be challenging due to the restricted land availability. With the new setup, there is limited curtailment of solar, all renewable energy is used and diesel is no longer required. Furthermore, the hydrogen scenario is more cost effective than the diesel, Enapter found out. Therefore, the company analysed the cost of a kilowatt hour from diesel compared to that from hydrogen. In total, the cost of electricity from diesel in this setup amounts to 62 US cents/kWh, the cost of electricity from hydrogen amounts to 61 US cents/kWh.

The International Exhibition for Energy Management and Integrated Energy Solutions

Political developments in recent months have demonstrated the need for a secure and independent energy supply for Europe. The success of the energy transition is linked to the accelerated introduction of a green hydrogen economy, in addition to the increased expansion of renewable energies.

Decentralized energy supply as the basis of a clean energy system?

The markets for small-scale photovoltaic systems and electric cars are growing quickly. A recent EUPD Research analysis reveals how an acquisition of a solar system can foster the purchase of an e-car.

Our future supply of electricity and heat from renewable sources relies on the different sectors of the energy system being intelligently intertwined – from energy generation and storage to distribution and use. And start-ups across the energy sectors are part of the push to unlock the key to that level of collaboration – digitalization.