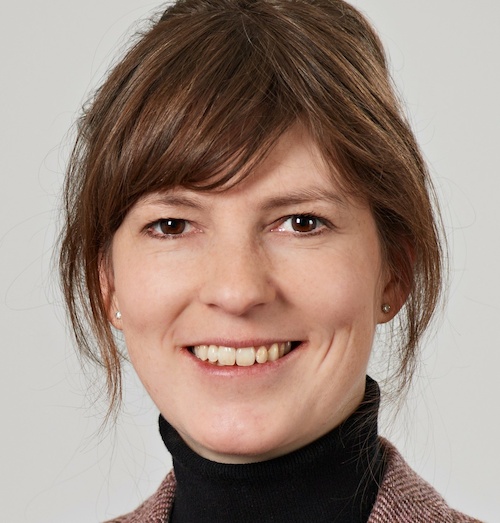 Hydrogen and Power-to-X are on the verge of a technological and economic boom. What opportunities do they offer for the German and European mechanical engineering industry? What does this mean for the job market? Dr. Carola Kantz, Deputy Managing Director of the Power-to-X for Applications working group of the German Mechanical Engineering Industry Association VDMA, shares an outlook.

Ms. Kantz, what makes Power-to-X such a fascinating concept?

For me, Power-to-X comprises the entire value chain involved in the conversion of renewable power into molecules. Of course, hydrogen can be produced via electrolysis and used directly – for instance in a fuel cell, in the chemical industry or for producing decarbonized steel. Hydrogen can also be used for energy storage and converted into electric energy in gas turbines. But hydrogen can also be converted into other energy carriers, which is what Power-to-X is all about. These energy carriers could be climate-neutral gases, fuels or raw materials for the chemical industry. The disadvantage of these processes is that some energy is lost in each step of the conversion. But the major advantage is that these gases and fuels can be used in existing infrastructure.

There was a lot of hype surrounding green hydrogen and Power-to-X a few years ago. Can we count on expectations being met this time around?
Recently, many countries, including Japan, South Korea, the Netherlands and Germany have adopted national hydrogen strategies. We expect Morocco, China and Russia to develop and adopt hydrogen strategies of their own as soon as next year. The European Union alone has set an ambitious target of 40 gigawatts of electrolyzer power by 2030. This target means a cumulative market size of 40 billion euros for electrolyzers and installations.

But the EU also has its climate targets in mind. What role does Power-to-X play in this scenario?

The EU wants Europe to become the first climate-neutral continent by 2050. And it is not alone: The Paris Agreement has been signed by countries all over the world. So we have to think about how we can achieve this goal on a global scale. This is where Power-to-X comes in, offering methods for converting renewable power into other energy carriers. Just consider road traffic – this is an area where liquid fuel is required to supplement e-mobility. Currently, 270 million passenger cars are on the road in Europe, and each year 15 million new vehicles are registered. Therefore, combustion engines are here to stay, at least for a while. So we need solutions for making them climate-neutral.

What impact would it have on the German economy if otherwise hard-to-decarbonize industries and applications such as shipping, steel production and aviation were successfully decarbonized via Power-to-X?

Power-to-X involves a long supply chain with many components which, luckily, are still available in Europe, or which are being created. This can lead to many new jobs. Studies forecast nearly half a million new jobs in Germany alone if Power-to-X is ramped up at a significant scale. However, we also expect that most of the new installations will be built in windy and sunny regions around the globe. Electricity could serve as an important raw material for the international energy markets, just as oil and gas are today.

The situation sounds not unlike that of the solar sector. Germany emerged as an initial leader, creating many thousands of jobs, which were then lost from one day to the next because China proved capable of producing at a much greater scale for a cheaper price. Does Power-to-X hide the threat of repeating this scenario?

That is an important question. Our companies want to set up an internationally competitive Power-to-X industry that is capable of exporting its technological solutions worldwide. That is why we at VDMA are calling for an ambitious market ramp-up in the sectors whose stakeholders are willing and ready to pay, as the first Power-to-X installations will be costly. This means addressing first movers who are prepared to pay a higher price, which could indeed be stakeholders in the transportation sector. However, the European Union and Germany have prioritized promoting the use of hydrogen in areas where there are only few alternatives – or none at all – such as in steel production and aviation. We must not forget that these sectors will require substantial subsidies to switch over to hydrogen or synthetic fuels. On that topic, we are unfortunately seeing an increase in subsidies, but not the market ramp-up we had hoped for. And this is precisely what happened in the PV industry.

One question is inescapable when it comes to ramping up the hydrogen market: Where does VDMA stand with regard to hydrogen color – green, blue or grey?

Grey hydrogen will not play a role in a climate-neutral world – I think we can all agree on that. Blue hydrogen, on the other hand, will play an important role in Europe’s transition to clean energy. Today, the chemical industry still relies on grey hydrogen, which is produced by steam reforming natural gas. In our opinion, substituting it with blue hydrogen – which involves storing the yielded CO2 or using it in other processes – is an important step toward achieving our climate targets. We must not forget that many countries are well on their way to climate neutrality. There will be a number of technologies and paths leading to this goal, and one of them will be blue hydrogen – even looking beyond 2050. Producing blue hydrogen through methanol pyrolysis could be a competitive alternative to the green hydrogen made from wind or solar power.

Storage Technologies „Made in Germany“

Get to know more about the key role of battery engineering in the energy transition.

Battery Production is Coming to Europe

The energy supply in Germany and Europe has never been more in flux.