“It Remains an Optimization Game”

By 2030, electrolyzers with a capacity of 130 gigawatts are expected to start production worldwide. But how is the hitherto expensive production of green hydrogen to become economical? And which technologies are best suited? Fabio Oldenburg of cleantech consultancy Apricum provides answers. 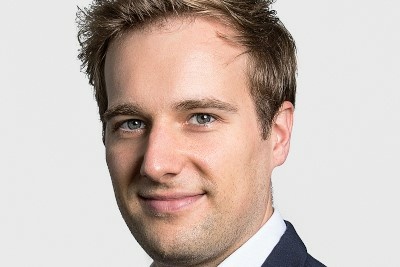 Dr. Fabio Oldenburg is a Senior Consultant at Apricum and co-founder and CTO of Gaia Membranes AG, a company established to commercialize the patented membrane technology he developed for a number of leading energy storage technologies. Previously, he was a researcher at the Paul Scherrer Institute PSI. At Apricum, Oldenburger will work on a number of cleantech strategy development and transaction advisory projects.

What will the electrolyzer project landscape look like in 2022?

By the end of 2022, we will probably have a cumulative electrolyzer capacity of just under one gigawatt worldwide. So that's still very, very little, even less than one percent of what we expect for 2030 based on the current project pipeline, which is about 130 gigawatts. If we look at the different use cases of electrolyzers today, we see a lot of diversity.

Almost all of them are still in the demonstration phase. We're looking at projects that are on the order of kilowatts, some of them are on the megawatt scale. And I think the largest one we have in Europe is a 20-megawatt plant in Spain. However, electrolyzers today are very decentralized installations. So we have small electrolyzers that are installed near homes for heat and power. These are usually one kilowatt in size.

Of course, there are also medium-sized electrolyzers that are in a 20-foot or even a 40-foot container and are used in the initial phase of refueling projects, for example for ships, cars or forklifts. And we also now have the first industrial-scale projects, which in the case of Spain are in the range of ten megawatts, maybe even 20 megawatts, and could be located near a large ammonia plant to produce green ammonia. But all of these projects are at a very early stage today, and all or most of them are still connected to the electricity grid, producing hydrogen using either electricity from a nearby renewable energy power plant or the local electricity mix. The plants are usually located at the end user's site.

How is the project landscape likely to evolve in the future?

To understand how the project landscape will evolve in the future, we need to look at the key cost drivers for hydrogen production. And if we look at all these projects, we will find mainly two major cost drivers. One is the cost of electricity, which is the electricity that I need to produce the green hydrogen, and the other is the capital cost of the project. That's mainly the electrolyzer.

So if we want to reduce the cost of hydrogen in the future, we need to reduce those two cost drivers, and we can do that by using, first of all, lower electricity costs, for example, using electricity from areas where we have much more sun and wind available. So we move the electrolyzer closer to a location where we have abundant renewable power. Another factor is economies of scale. So a reduction in capital cost can be achieved quite easily by scaling up the project.

What we call a large project today, perhaps ten megawatts, will probably be more in the hundreds of megawatts, if not gigawatts, range in five to ten years.

Is this development already on the horizon?

Yes. For example, project developer Abo Wind has announced a project in Tunisia, where a large 500-megawatt PV plant is planned to produce green hydrogen for export to Europe. Another example could be in the desert of Saudi Arabia or in South America, in all cases taking advantage of the low cost of electricity.

The big challenge here is that we need a hydrogen transport infrastructure for this. That can be ships, that can be pipelines, that can also be a conversion infrastructure if we want to transport the hydrogen as a derivative. And that takes time. So we're more likely to see that kind of infrastructure towards the end of the century. An example of that would be the hydrogen backbone of Europe, where we are in the process of planning major hydrogen pipelines between the major consumption and production centers.

In principle, we always talk about three different pillars for a successful hydrogen project.

One is access to cheap electricity. The other pillar is the price I can achieve by selling the hydrogen. Do I have a customer willing to pay enough to make my project economically viable, which these days often requires subsidies. So we're really also dependent on the local regulatory environment.

And the third factor is, and this is especially true for projects where the buyer and the generator are geographically far apart, we have to have the ability to have low-cost transportation. So those three pillars, the price of electricity, the buyer, and the transportation, are unfortunately very, very difficult to achieve at the same time. So when we look at different projects today, we usually find either two of these three pillars, but very rarely actually all three.

Increasingly, large PV plants are being built as combined cycle power plants with electrolyzers. What additional challenges does that bring?
We see many large projects combining PV and electrolyzers. The advantage is clear: you have potentially very low electricity costs from the PV. The first challenge is to secure offtake.

The electrolyzer and the PV system are very different technologies. So we also have different technical specifications and requirements for these two systems to work optimally. So you might choose a location for your project where there is a lot of sun. Let's say we take a desert in North Africa. The temperatures are very low, especially at night. During the day, it can get very hot, which can be challenging for the electrolyzer to operate. So you need a suitable temperature range.

An important requirement is the operational flexibility that the electrolyzer must have to match a PV system. Unfortunately, the sun doesn't shine during the night. So you have a natural variability in your PV system. I think the capacity factor of the PV system is rather low, below 30 percent. Since there may be additional shading during the day, you need an electrolyzer that can operate quite flexibly, or you need additional infrastructure that can buffer the power between load fluctuations. This could be a battery or additional wind capacity, for example. All of that will help you increase the utilization of your electrolyzer and ultimately lower the cost of hydrogen. But it really remains an optimization game. Ultimately, it's about getting the lowest possible cost of hydrogen.

What are the challenges of combining PV systems and electrolyzers?

There are a couple of specifics that apply to PV. I think the first one is operational flexibility, and on the electrolyzers side, there are two sides to that.

The other side of that equation is start-stop times. How long does it take when the sun was really in the shade or when the sun is up before my electrolyzer is active again and can start producing.

Do you have an example? Are we talking seconds, a minute, several minutes?

These startup times, so-called cold startup times, can be as long as hours for some traditional or older alkaline electrolyzers. And in some, let's say, very advanced PEM systems, they can be in the range of minutes or even seconds.

What do the delivery difficulties of electrolyzers mean for the time frame of the current projects and also for the realization of the immense growth you spoke of earlier?

At the moment we are talking about lead times of several months, if not years. That is likely to change in the future. We are seeing significant expansion plans from manufacturers. Many of them even want to build giga factories, similar to those of battery manufacturers. And we expect a market that may even be oversupplied in the future. But the first question that a potential customer, a potential project developer will ask is: If I'm planning a gigawatt project, do I have a manufacturer who can deliver the power I'm planning in the short time? So do we have sufficient manufacturing capacity?

At the moment, how big is the chance for Europe to get a big piece of the pie of the whole value chain?

I think there is certainly a risk to development similar to what we have seen with photovoltaics, namely that more and more parts of the value chain are being shifted away from Europe, for example to China. China has already made significant gains in recent years in terms of projects and production capacities. And the technological lead of European systems is also getting smaller and smaller. I think the answer to this question ultimately also depends on how we shape this market in the future.

Also from a regulatory point of view, if we look at developments like the IRA, the Inflation Reduction Act in America, we see framework conditions that could counteract this trend, and that could help to regionalize the supply chains for hydrogen more. We could also see a similar development in Europe in the future. But I think there needs to be some regulatory support, so political will and political support.

This interview is an excerpt from an episode of The smarter E Podcast. You can listen to the full interview here.