Munich/Pforzheim, August 31, 2021 – Green hydrogen is a key element of the energy transition, which also provides incredible opportunities for industry and society in the effort toward climate protection, innovation and sustainability. This form of hydrogen, which is produced using renewable energy, is the focus of the innovation hub The smarter E Europe Restart 2021 and ees Europe Restart, taking place from October 6–8, 2021, at Messe München. The smarter E – Green Hydrogen Forum, which will be held during the exhibition, will provide a platform for industry representatives along the entire value chain. Businesses looking to bring hydrogen, fuel cells, electrolysis and Power-to-Gas to the market will be meeting at the Green Hydrogen Forum & Expo in hall B6.

The production of green hydrogen as a catalyst for a climate-neutral and internationally competitive Europe is fueling the expansion of photovoltaics and wind energy plants. There is enormous potential: With green hydrogen, it will be possible to decarbonize industrial applications relating to maritime shipping, heavy-duty vehicles and aviation, which cannot be run electrically. “The combination of renewable energy and hydrogen could be the new dream team of the energy transition,” says Werner Diwald, Chairman of the German Hydrogen and Fuel-Cell Association.

European Clean Hydrogen Alliance
The EU has also picked up on this: Over three decades, the EU’s hydrogen strategy aims at investing at least 470 billion euros in the generation of hydrogen, preferably from renewable sources, with 340 billion euros being allotted to photovoltaics and wind energy development. By 2030, a green hydrogen production capacity of 80 gigawatts (GW) is to be achieved in the EU. For this purpose, the EU established the European Clean Hydrogen Alliance (ECH2A), which more than 1,460 companies, organizations and ministries have joined. The members are planning and carrying out projects that add up to a hydrogen production capacity of 8.97 million tons by 2030, of which 84 percent comes from electrolysis (from renewable power), 15 percent from methanation and one percent from hydrogen production from biogenic materials. 239 projects relate to hydrogen in industrial applications, 379 projects deal with transportation, 191 with the energy sector and 89 with the building sector.

Transportation via pipelines
Jorgo Chatzimarkakis, the General Secretary of the European association Hydrogen Europe, called attention to the impressive developments in hydrogen investments and their tremendous potential at the Green Hydrogen Conference, which took place as an online event in July 2021. For example, the European project HyDeal Ambition aims to transport green hydrogen generated by solar-driven electrolysis from the Iberian Peninsula to France and Germany via pipelines. In EU countries, 176 electrolysis projects are planned to start by 2030, and by 2040 more than 230 power-to-hydrogen projects, with a capacity of around 136 GW. Ukraine could be an important partner for Europe, as the country has plans to create a green hydrogen production capacity of 10 GW by 2030. Further, existing gas pipeline networks are intended to be used for transportation to Europe. In this way, Ukraine could transition from being a transporter of gas to a producer of green gas and hydrogen.

The main difficulty in the production of green hydrogen has been related to costs until now, which were at €4.75 per kilo last year. But experts are certain: As the costs associated with electrolysis and power generation through photovoltaics and wind energy decrease and more green hydrogen is produced, production costs will be lowered accordingly. Chatzimarkakis anticipates that the costs will ideally fall to much less than €3 per kilo by 2030 and considerably less than €2 per kilo by 2050. It will be crucial to promote the market ramp-up for green hydrogen in the coming years – this will involve reducing regulatory hurdles, offering financial and other incentives (including ambitious carbon pricing) as well as a comprehensive expansion of photovoltaics and wind energy plants.

The smarter E – Green Hydrogen Forum provides inspiration
First-rate speakers will be presenting information on the latest developments, innovations and technologies at the Green Hydrogen Forum, which will be held during ees Europe Restart 2021 from October 6–8 at Messe München. Amongst others, Jorgo Chatzimarkakis will be speaking about “Hydrogen as a Key Factor in a Circular Economy” on October 6. Other experts, such as from Linde, Roland Berger and AVL, will provide an overview of the state of the art and future perspectives for hydrogen technology. Topics will include the connection between hydrogen technology, photovoltaics and wind power for carbon neutrality as well as hydrogen value chains.

On October 7, experts will introduce methods for transporting and storing hydrogen and will discuss the advantages and disadvantages of these different options. In addition, speakers will provide insights on how to promote hydrogen production through solar and wind energy expansion, network flexibility, sector coupling and virtual power plants. On the third day of the forum, specific cases relating to decarbonized hydrogen production for industrial applications in the rail transportation, maritime and aviation industries will be discussed, along with ways to achieve hydrogen grid parity. Among others, industry experts from Air Liquide, SMA Sunbelt Energy, Siemens, Alstom, Toyota Motor Europe, and the association of the European gas industry Eurogas will be speaking at The smarter E. Partners include the European association Hydrogen Europe as well as the German Hydrogen and Fuel-Cell Association; the conference’s program partner is European Fuel Cell Forum EFCF.

More information about the The smarter E – Green Hydrogen Forum can be found here.

As a source of inspiration for the industry, The smarter E Europe Restart 2021 and the energy exhibition ees Europe Restart 2021 are dedicating a special exhibition space to green hydrogen. The exhibition space Green Hydrogen Forum & Expo in Hall B6 will display information, technology, services and infrastructure solutions relating to hydrogen technology, fuel cells, electrolysis and Power-to-Gas – this is where companies from different sectors and industries come together from across the globe. 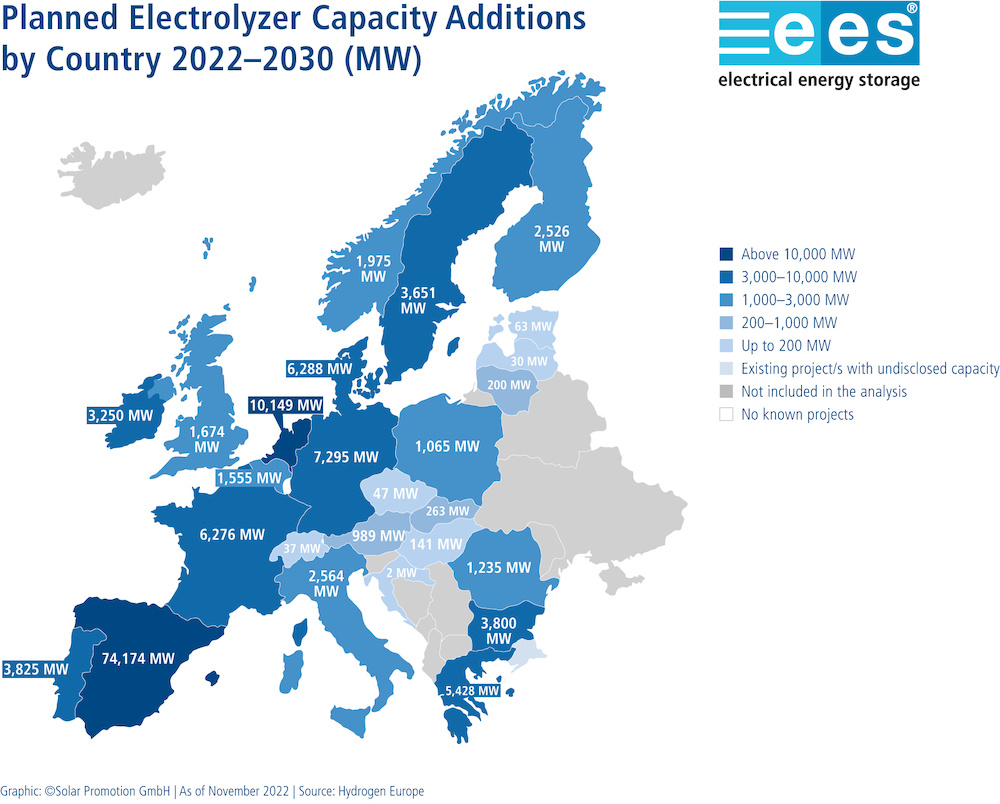 Investments and subsidies in the billions, fiercely growing revenues – the storage industry is booming in all areas, from battery production to large storage plants and domestic storage systems.

Home office and reduced social contacts outside one’s home have resulted in an increase of electricity consumption for about 50% out of 500 households, surveyed by EUPD Research. At the same time, 69% of interviewees clearly see energy saving potential in their own homes.